Russia ratifies Paris climate accord - but targets are 'critically insufficient'

Russia has ratified the Paris climate agreement, marking a shift in rhetoric for the world's fourth largest greenhouse polluter even though its pledged targets are so low it can still increase emissions.

PM Dmitry Medvedev told ministers on Monday he had signed a government order to ratify the 2015 accord, arguing that climate change could endanger key sectors like agriculture as well as the “safety of people living in areas with permafrost,” which covers two-thirds of the country.

As part of a national programme to reduce hazardous pollutants and restore forests, Moscow would now have to take into account the international goals of limiting greenhouse gases, he said.

Under the Paris agreement, which allowed countries to set their own targets, Russia pledged to reduce emissions to 25 to 30 per cent below 1990 levels by 2030.

But this is little more than a sleight of hand, since Russian industry today is still running at a far slower clip than it was before the collapse of the Soviet command economy. As of 2017, Russia's emissions were 32 per cent lower than in 1990. Thus it can actually pollute more and still meet its current Paris agreement goals.

The Climate Action Tracker NGO has included Russia among the five countries whose commitments are “critically insufficient” to hold warming within the 2 degrees Celsius that, according to studies, will set off a “new climate regime” in many regions of the world.

As the second-largest oil exporter, Russia contributes to the burning of greenhouse gases around the world and is continuing to develop its oil, gas and coal industries.

At the same time, it is also the world's top exporter of wheat and nuclear technology. The country is warming 2.5 times faster than the rest of the planet and has suffered climate-related catastrophes this year like flooding in the Irkutsk region and record-breaking wildfires across Siberia.

In a speech in July, president Vladimir Putin said Russia is “being hit the hardest” by climate change, but argued that new technologies like nuclear fusion were the solution, rather than an "absolutist, blind faith" in sustainable energy.

He claimed that wind turbines killed birds and “cause worms to come out of the soil,” even though fossil fuel power plants are far more harmful to wildlife.

Mr Putin has denied that global warming is caused by humans, a position that remains unchanged despite the ratification, his spokesman told Bloomberg.

Greenpeace and World Wildlife Fund welcomed the decision on the Paris accord, albeit with reservations about the targets.

“Against the background of these statements is a different reality, and Russia should take real, visible measures (to reduce emissions),” said Vasily Yablokov of Greenpeace. “Because while there is accounting and figures, there are no real actions to develop a low-carbon economy.”

At a discussion of the budget with Mr Putin on Monday, Mr Medvedev said financing for environmental programmes would increase but did not mention the Paris agreement.

On Thursday, the Italian company Enel broke ground on Russia's biggest wind power park near the Arctic port of Murmansk, which is planned to include 57 wind turbines by 2021. But the country is still well behind a 2009 energy strategy goal to generate 4.5 per cent of power from alternative energy by 2020.

Mr Putin has reportedly been lobbied by his European counterparts to finally ratify the accord, and he may be afraid of losing out on trade with major partners like Germany, who are implementing stricter standards.

The Russian Union of Industrialists and Entrepreneurs backtracked on its opposition to the climate agreement in January, citing fear of sanctions against Russian companies.

The decision to ratify the Paris accord via a government order rather than a parliamentary vote may reflect opposition to such environmental measures among many officials.

Russia faces tens of millions of dollars in infrastructure damage from thawing permafrost soil as well as the potential release of ancient diseases and nuclear weapons testing fallout.

“Russia is suffering palpable harm from climate change, and it's in the interests of Russian government to reduce this effect,” Mr Yablokov said. “And without action by Russia it will be impossible to limit warming worldwide.”

Hopefully the Obama's can get a refund on that beach front property they just bought.

As Russia is two thirds permafrost, the country has a lot at stake.  It should be clear by now that the effects of climate change vary across the globe.  The faster warming oceans and poles.  The record hurricane in the Atlantic.  The intense rain events and floods.  The fact that thousand year floods now occur several times a decade in some areas.  The droughts and coming food shortages in others.  Some deniers will never accept the science or admit they were wrong.  The majority of Americans have moved on and actions to address the warming climate will be forthcoming.

I think most reasonable people agree the reality of climate change.  the debate begins when how much human activity contributes to it.

97+% of scientist and a majority of Americans believe the cause is humans burning fossil fuels.  That debate has been settled for the majority.  The debate now is what should be done.

The WSJ, no less, Skipper, one of your "credible" sources, right? 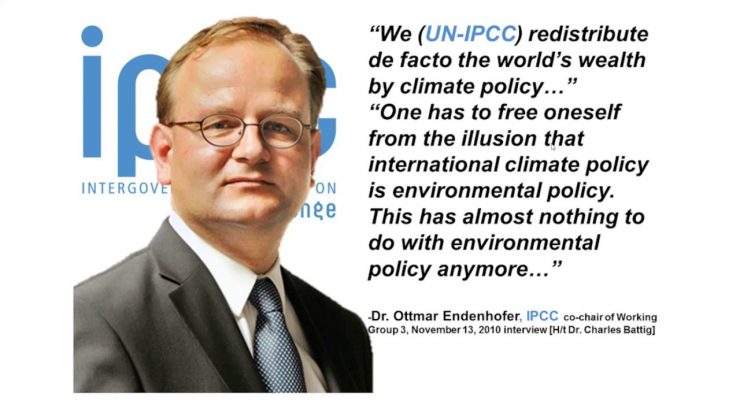 In Their Own Words: Climate Alarmists Debunk Their 'Science'

An opinion piece.  WSJ publishes them regularly.  With both sides of an issue.  The facts support my contention.  The deniers have little support and that is shrinking daily as businesses lead the way.

Agree. It is certainly not settled. In fact, more and more scientist are now doubting the models of climate change that have been used. The climate has always changed. Look up "The Little Ice Age" which was just several hundred years ago.

Let's enjoy the fresh air and sunshine this weekend!

We have much to be grateful for.

and we're still warming from the Little Ice Age.

We should just eat the babies.  Problem solved.

Permalink Reply by Hayes McDole on October 4, 2019 at 14:38
Out of all the climate catastrophes that the geniuses have predicted over the last 60 years, not one has come to pass.

Suggest you prepare for more floods in Nebraska, Hayes.  :-)