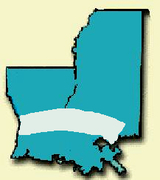 All things pertaining to leasing, drilling & production in the Tuscaloosa Marine Shale.

Don't know if this has been posted before... 11 Replies

Signs of life in the TMS? 13 Replies

Propell Technology completing wells with pules rather than propant 2 Replies

THE FUTURE OF THE TMS PLAY 13 Replies

You need to be a member of Tuscaloosa Marine Shale to add comments!

The Company currently has three rigs running in the play and is conducting drilling operations on its Verberne 5H-1 (66% WI) and Williams 46H-1 (61% WI) wells offsetting its Blades 33H-1 (67% WI) well in Tangipahoa Parish, Louisiana , and its CMR/ Foster Creek 8H-1 (79% WI) well in Wilkinson County, Mississippi , which is planned for a two well pad offsetting the Company's Crosby 12H-1 (50% WI) well.

Goodrich Petroleum Corporation (NYSE: GDP) today announced that it has scheduled a conference call on Thursday, August 7, 2014, at 10:00 AM, Central Time

Members following the LA TMS:  The level of drilling has reached the point where it will be impossible to keep all current discussions on a single group page.  The time has come to organize by parish.  I have created a Tangipaoa Parish Group which is awaiting approval by Keith.  As soon as it is active I will begin posting well discussions by parish.  With Keith's help, and yours, I will try to get discussions reorganized ASAP as development is accelerating quickly and we need to get ready to accommodate the increased traffic. Good Luck to all members with an interest in the LA TMS.  We always need new members so please spread the word about GHS. And please remember that donations help fund the website.

Comment by Ms. Jessye Roux Conner on April 19, 2014 at 11:27am
Still know Beauguard Parish , I guess it's all a joke ! This , is starting to get me down ! It looks hopeless. We already know it's Deep in Beauguard Parish "! But will they drill & stop making over Seas Rich ! Lord help the USA

Avoyelles parish had several tracts of land on the state lease sale today  and none of them were leased.  All TMS action at this time is to the east.  Hopefully, encana and goodrich can get some good wells going and move the active line further west for all of us in rapides and  avoyelles parish.  We need EOG and Halcon to get active.

MS Jessye you should never give up on hope. Some of the maps that I have seen have you in the TMS play. Don't look for anything  to happen anytime soon but  you may see some activity in the next several years. You may even see some Wilcox Formation activity before then.

Comment by Ms. Jessye Roux Conner on October 21, 2013 at 2:47pm
I guess poor ,Beauguard Parish, is hopeless. Well I'm tired , so I'm leaving it up to the reall adivsior !
All Have a Blessed Fine On Each Property you own!.
JRC