It's an offer many of us have experienced. A land man calls with an offer of “mailbox money” for the mineral rights on your property. What do you do? What have you done? According to oil and gas lawyer Ben Elmore,  read closely before signing on the dotted line. If you don’t, it may come back to haunt you.

Mailbox money is a slang term of the shale era. “You wake up one day and you get a call from a land man” promising $1,000 an acre and a 20 percent royalty on oil and gas production from your property, said Elmore, an attorney in the industry for 13 years who now works at WattBeckworth in Houston. “You don’t have to do anything if you don’t want to, and every month a check will come.” 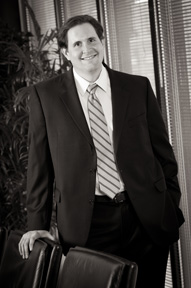 A few years ago in Texas, he said, the average mineral owner was a 65-year-old widow – the kind of people who could use the money. But the fine print they didn’t read in their royalty deals back then may be making them miserable now.

Elmore, whose clients include both landowners and oil and gas companies, said understanding the law in Texas before signing is even more important now because the government is making it harder to bring lawsuits after the fact.

“They are streamlining the litigation process in the oil and gas context much like they have in the tort context,” he said, and mineral owners are feeling the brunt of it.

One issue that royalty owners need to understand is the flaring of natural gas. The pipeline infrastructure to capture the gas may not exist or it may not be economical to companies focused on liquid minerals, so companies often prefer to burn it.

That’s income out of royalty owners’ pockets unless they include language in the lease, Elmore said, and companies are reluctant to provide that.

Water, a core element of the hydraulic fracturing that releases oil and gas from shale formations, also is a big issue in Texas because of frequent droughts.

Elmore said surface owners, not necessarily mineral owners, often control water rights. But if push comes to shove, even they may not have as much control as they think. “You’re going to start having some legal, maybe some legislative issues ... between water versus oil,” he said, and water has the edge. “We’ll die without it.”

The Texas Railroad Commission already has a task force that examines water use as it relates to the Eagle Ford shale formation.

Elmore has three pieces of advice for landowners. The first is not to rush into a lease because people rarely get full value for the minerals they own. “The shale boom is a perfect example,” he said. “There are people who sold their minerals years ago who are kicking themselves now because they sold before the shale boom.”

If you are ready to sign a lease, Elmore added, hire an attorney or an experienced land man for advice. “If you don’t have someone experienced in negotiating them, then you’re not going to know what to ask for.”

And once you have a lease, be patient. Elmore said ill-informed landowners expect immediate returns on the investments of oil and gas companies.

“Getting a well drilled and getting royalty paid doesn’t happen overnight,” he said. “The only reason they’re getting a lease from you is because they want to make money themselves and produce the minerals. So in time that’s going to be done.”

Do you know a legal expert in the shale business who should be in this spotlight? Send your suggestions to Danny Glover at tabrasamedia@gmail.com.

Comment by intrepid on March 10, 2013 at 13:38
The most dangerous thing right now in Texas for land/mineral owners is HB 100 -forced pooling bill.

We have a chance to KILL THIS BILL in the House Energy Resources Committee on Wednesday March 13, 2013.

Please review HB 100 at http://www.tlma.org/legislative.htm and contact committe members to VOTE NO ON HB100!