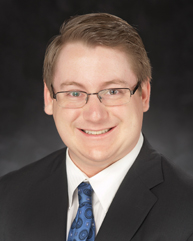 Years ago in Burleson, Texas, a company eager to extract natural gas from the Barnett Shale entered negotiations with property owners who were just as eager to profit from the minerals beneath their suburban development.

The neighbors cried foul, but the company insisted that no firm deal had been signed. The dispute wasn’t settled for 1 1/2 years.

The case sticks in the mind of Fort Worth attorney Eric Camp because such “rooftop leasing” is becoming more common as shale plays like Eagle Ford and Haynesville emerge across America. Oil and gas operators learned to protect their interests, Camp said, but property owners don’t tend to follow legal news like corporate lawyers. As a result, property owners are more likely to be burned now.

“Nothing pains me more than watching groups in other parts of the country making the same mistakes,” Camp said.

Yet cases like the one involving the “Central Burleson Holdouts” are precisely why Camp chose oil and gas as his legal specialty. “It’s what I’m passionate about, what I enjoy, and so it’s easier to get motivated to go to work every day,” he said.

Camp chose the field after clerking for an East Texas law firm while at Southern Methodist University in Dallas. “After that first summer, I fell in love with the business and the clients,” he said. “... You’d have no idea they were millionaires – just really hard workers and entrepreneurial.”

Focused on a future in the energy sector, Camp started SMU’s Energy Law Association, an educational and networking group. After college, he worked the Burleson case while at Whitaker, Chalk, Swindle & Sawyer. Camp later opened a Fort Worth office for an Oklahoma-based firm and moved to Decker Jones last fall.

Most of Camp’s legal work involves transactions – surface and mineral rights, pipeline agreements, title examinations and more. He also helps litigators in his firm when they need an oil and gas expert.

As a lawyer, Camp is active in the Eagle Ford Shale and on the Texas side of the Haynesville Shale. He’s also licensed to practice in North Dakota, the home of booming oil production in the Bakken Shale. “Frankly there aren’t enough oil and gas lawyers in North Dakota to handle the work,” he said.

Camp is developing a global reputation, too, as other countries look to the United States for help identifying their own shale reserves and then drafting regulations to safely develop those reserves. He was part of a federal delegation to India last fall and knows the industry in Columbia, Jordan, Pakistan and Poland.

“They come here to north Texas to see what we’ve done in the Barnett Shale,” Camp said, adding that then it’s “really neat to see them start making a lot of progress.”

Camp’s clientele includes about 40 percent land and mineral owners, 40 percent oil and gas operators, and 20 percent governmental entities. Working on both sides of the negotiating table has shaped his perspective of the process.

Regardless of his client in any given negotiation, Camp is guided by the philosophy that “everybody is trying to get a deal done at the end of the day, and pounding your chest like you do in litigation isn’t really going to help in transactional work.”

His advice to land and mineral owners is threefold: 1) Do your research; 2) be courteous in negotiations; and 3) get everything in writing.

For oil and gas operators, his counsel is to simply “do what you say you’re going to do.” Those who don’t will pay the price in coffeehouse chatter among neighbors that may undercut their long-term business plans.

Do you know a legal expert in the shale business who should be in this spotlight? Send your suggestions to Danny Glover at tabrasamedia@gmail.com.

I wonder what the terms of the settlement were in the case referred to?

Rhonda Berry left a comment for Robby Patterson
8 hours ago