Who is King? Marcellus, Haynesville or the Barnett shale? 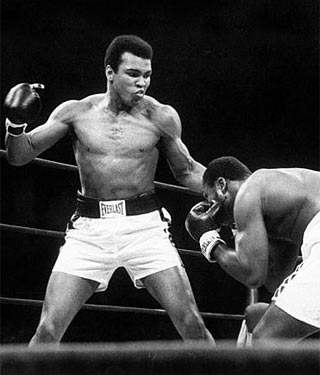 Several companies spoke about their specific positions in each of the prolific shale plays in the US. It should be noted that there was a tremendous amount of new buzz surrounding the Marcellus Shale at this year’s conference. Range Resources CEO, John Pinkerton, appeared to be the most popular speaker at the press conference after his discussion regarding the Marcellus, graciously answering questions for nearly an hour.

The Haynesville was also being held in high praise for the majority of the conference. Richard “Dick” Stoneburner, COO for Petrohawk Energy Corp. was question at length by media types after his keynote presentation”. While some groups tried to accuse the Haynesville of being too expensive to participate in, many have remained bullish regarding the H-Shale.

From an outsider’s standpoint, it seemed that many sentiments regarding the Barnett were that it was “old news”. This is a bit strange, considering it is one of the largest proven natural gas basins in the world. One thing I have learned about this industry is that many of the trends are about hype. In a year such as this one, hype can bring outside money to the table. This is a good thing for many operators. The Barnett had little, if any hype surrounding it at the conference. Im

So who is king amongst the three shales? Let’s look at a few current pros and cons of each.

Pros
- Good IP flows, improving techniques each month
- An operator can receive a premium on their gas due to proximity of NYMEX market
-Wells are cheaper to drill than H-shale
- Much cheaper to acquire leasehold
- Longer lease terms for operators
- Great EUR’s per well for outside investors

All said and done, the Haynesville and Marcellus appear to have officially ousted the Barnett as the top dog in the US unconventional shale plays. Which play will end up being more prolific between the two of them (Marcellus or H-Shale) is yet to be determined. The economics on a Marcellus well are very attractive for all E&P companies right now at $3.80 gas. Haynesville Shale economics look good as well, but a clear advantage goes to the Marcellus for its ability to get a better price for its gas. Time will only tell which of these plays will prove to be king. I don’t think the Haynesville will give up the this title without a fight.

Comment by Ronald F. Adams on April 13, 2009 at 6:10pm
I have land in the northwest corner of Louisiana. Lots of new pipelines up here but very little activity as far as leasing. We need the price of ng to rise up to $7.00 or $8.00 soon. Two wells completed by Petrohawk near Mira, heard from crews they were big but the quiet from majors is deafening.

Comment by Big Daddy, bcnr on April 13, 2009 at 5:12pm
HS has my vote. And Austin, you should be king. However I would like to make some nominations for Austin's court. How 'bout Snake, Skip, Shale Geo, and Les B. and Jim Krow for starters? Barnett? Marcellus? HA HA HA HA. Cannie is still laughing!

Comment by little ole 1st grade teacher on April 13, 2009 at 3:51pm
I vote for HS also. And yes, Austin, I'm voting for you to be the HShomecoming King also.

Comment by Austin Eudaly on April 13, 2009 at 3:46pm
Haha, maybe we should put it to a vote. Not sure I would qualify for HShale king, but I sure do appreciate your nomination KB.