The David and Goliath war by Johnson County land owners against Chesapeake Energy may well have gained a pair of new troops on Tuesday.

Albert and Vertis Gibbs, who are Chesapeake royalty owners, attended a Cleburne Conference Center presentation by the lawyer who is suing Chesapeake on behalf of about 3,000 area royalty owners.

About 60 lessors were on hand for the latest in the ongoing series of talks, designed to inform them of the issues, by Fort Worth attorney Dan McDonald.

“They have stolen hundreds of millions of dollars,” from Johnson and Tarrant County royalty owners who leased land to Chesapeake, McDonald said.  “There is only one word to describe what they’ve done: stealing.”

McDonald is enlisting an army of plaintiffs who might not otherwise be able to hire a litigator; their individual claims are relatively small, and their potential judgments insignificant to Chesapeake....

However, a few new details emerged at the local meeting.

“They’re all consolidated,” McDonald said. “Judge Bill Bosworth is going to be the Chesapeake judge.”

Bosworth presides over the 413th District Court in Cleburne.

“Judge Bosworth is an excellent judge,” McDonald said. “I couldn’t be happier.”

McDonald, who has put together a sophisticated media campaign that includes a website devoted to the Chesapeake cases as well as billboards and a weekly 6 p.m. Wednesday royalty owners’ teleconference, told the crowd he’s hired an accountant with years of experience in the oil and gas industry to analyze clients’ royalty checks.

On the conference center wall McDonald presented a table of one royalty owner’s payments from Chesapeake and other operators over four years. According to the graphic, underpayments ranged from an average of 54 cents per 1,000 cubic feet of natural gas in April 2011 to $1.88 per 1,000 cubic feet in May 2011.

In September, Chesapeake and McDonald are set to have a hearing on the motion to begin trying the Johnson County cases next spring, but ultimately McDonald said he expects Chesapeake to settle.

The Fort Worth Star-Telegram last week reported that Chesapeake agreed to pay the city of Arlington $700,000 after officials there sued, alleging that the company did the same thing McDonald is charging it did to land owners here: deducted post-production costs it was not entitled to.

“Under the agreement, Chesapeake will no longer subtract post-production costs and the city’s royalty will be calculated based on the highest price received by Chesapeake when the gas is sold or the price established by a formula,” the Star-Telegram reported. “Arlington’s deal mirrors one that Chesapeake reached with Dallas/Fort Worth Airport in 2012 for $5 million. That deal also established a formula for royalty payments.

“Chesapeake also quietly settled with the Tarrant Regional Water District earlier this year when it agreed to pay the district $1.8 million for royalties on 100 leases from January 2008 through October 2011.”

McDonald’s firm is gearing up to handle the cases.

“We have added four lawyers and six new legal assistants to work on our Chesapeake litigation and we need much more space,” McDonald wrote in an email. “We have over 3,000 Chesapeake royalty owner clients. We expect to have at least 10,000 by the end of the year.”

Barbara Smith owns two acres of land at Bowman Springs Road in Arlington. Chesapeake has a lease on one acre and another company leases drills on the other.

She only recently heard about the lawsuits, but she’s going to send McDonald her Chesapeake paperwork.

“Chesapeake is paying me less than half what Vantage is paying for the same land,” she said. “I kept calling and they won’t do anything.”

So Preston, where else will you be having meetings on this?

never mind... i just found it.

I would like some advice. I know that Chesapeake has been paying me on average $.50 less a million cubic foot than Shell and Encana since 2012. I just reviewed the McDonald law firm's Louisiana contract which states,

In no event will Client be obligated to pay out of pocket for any expenses incurred by Attorneys in the prosecution of Client’s case, such expenses to be paid only out of Client’s share of recovery. In the event of no recovery, Client will have no liability or responsibility whatsoever for any expenses. Attorneys and Client agree that expenses shall be capped at 10% of the gross recovery. “Gross recovery” means the recovery before deducting for attorney’s fees.

Jay, your advice to others has always been honest and helpful.  Aren't you under lease to CHK?  I could be wrong, but this smells like a contingency fee setup.  In other words, the cheated landowner/s would get to keep all their old royalty and new royalty that they're being cheated out of, plus they'd also get to keep over 50% for whatever this law firm grabs from the settlement, too, possibly into the future in perpetuity.  And yes, as I read it, they are seeking Louisiana landowners under lease to CHK.

So, let's see.  A guy can do nothing and keep getting cheated.  Gotcha.  Or a guy could try this method with no money out of his pocket and possibly gain 50% of something he's not being paid and cheated out of.

Now, as many know, contingency fee attorney arrangements can be negotiated (down) in most cases, and I've heard that the standard tends to be about a 1/3 of the money won goes to the law firm.  In all honesty, I don't know want the correct % is in this case, but maybe someone will ask Preston since he's now a member on GHS.  I didn't read this as an advertisement.  No.  I read it as info helping landowners, which is what GHS is supposed to be about, right?

Also, considering the long serpentine history with the snake CHK, I would think folks on here would be happy that some law firm has the guts to even try to go after those crooks in the courts.  Seems to me.

And as a note of support, after looking at the source and the firm mentioned in the article, it looks like a stealth ad to me.

I agree, Jay.  My no-deductions clause with another operator hold s muster.  I'm with you on the lawyer before anyone signs anything, too.  Yet as we all know in the real world, many small fractional landowners don't go to a lawyer, even when they're advised to do so.

Now, there's also the issue of some La. landowners asking for a "free royalty" no deductions clause from CHK and being given the so-called clause by the landman in their lease, and then they later find out that the clause is worded crooked.  And if one follows the media, some say that no matter what a lease with CHK says, the landowner still gets screwed with excessive deductions.

Wasn't it the savvy Hunt brothers who sued CHK and won?  Surely those guys used lawyers on their leases.  And some municipalities in TX sued and won, too?

In my book, if a legit operator is on the up-and-up and if I or anyone else lawyers the lease to protect me and my heirs, I'm a man of my word.  It seems crooked CHK isn't a company of their word, though.  But maybe it's hit or miss.  I don't know.  Glad you're happy with your lease, Jay.

And in regards to dbob's post below, you could be right.  Maybe the law firm in question does need to be vetted.  Always wise.

It should be noted that Preston did contact Keith and ask to place ads on GHS.  This is stealth marketing, yet it is nothing more than my opinion (as again, I agree with Jay that everyone should be allowed a fair opinion), since on GHS there have been many folks posting info on how to help landowners understand leases and production and units and making money.  It's all about making money, and I think most will agree on that point.  So anyone reading this should be careful with whatever document they sign, either with an operator or with a law firm seeking actionable clients.

Again, thanks for all of the wise advice through the years, Jay.  In the early days, I know a number of folks who used your mapping service.  Your honesty is strong and your character is above par.

I agree with you and do believe that everyone should get to know their lawyer before hiring them and that no one should hire a lawyer simply because of an advertisement or news article.

Our firm has requested to advertise on GHS and will certainly pay for advertisements.  I posted the article as a means to spread awareness.  I have individually friend requested each person who has posted a comment rather than post comments publicly on this site.  Please accept my friend request, so that we can discuss any questions or comments you have about us and what we are doing.  Most small landowners do not have the money or royalty interest to sue CHK alone; however, if everyone bands together has they have done in Johnson County, then GHS royalty owners can stop CHK's from deducting unreasonable expenses.

Thank you again for your reply.  I look forward to speaking with you. 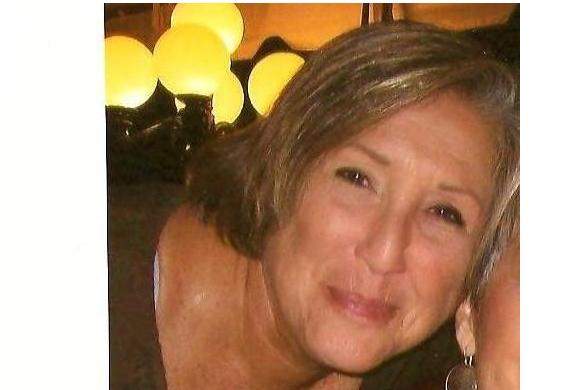 Preston, I sent you a friend request!!!

Go get 'em, Preston.  Glad to see you're going after the CHK crooks.  I'm sure there are hundreds of GHS members who are full-force behind your efforts.  Also, if you check the archives on this site, you'll see that the "party line" for years has been that certain particular class-action avenues to bring CHK into compliance to the law and to stop them from stealing from honest landowners were basically unworkable and/or a waste of time.  If "Henry" -- a GHS member -- hasn't contacted you as of yet, you might want to check with him since he, for a number of years, gathered royalty statement data from GHS members in regards to CHK's cheating underpayments.  But I'm guessing Henry might have already contacted you.  Also, there was an active Dr. Wave (?) or some such avatar on here for a long time, fighting it out with CHK per an UMI situation.  Maybe his well/s finally paid out and he went into the black.  Unsure.  Again, the archives have tons on the CHK cheating of Louisiana landowners.  So, please keep up the great effort, Preston.  You have my full support.

Question....  Does the contingency fee cover only royalties to date?  If so, then would part of the lawsuit be to force CHK to pay fairly going forward?  If so, would all of that benefit go to the royalty owner?  If that is the case, then it may not be so bad, considering most CHK royalty owners in the Haynesville Shale can expect to get more wells at some point in the (distant?) future.