INTERVIEW WITH LES B - Who would he choose to develop his property in the Haynesville Shale?

Featured Shaler Les B: Who would he choose to develop his property in the Haynesville Shale?

When you think of people (Shalers) on gohaynesvilleshale.com who really know their stuff, and tirelessly share their wealth of knowledge, one of those who stand out is Les B. Like many other site members, Les has never been part of a site like gohaynesvilleshale.com (aka GHS). He came here because of his interest in following shale plays, but is thrilled that he has made so many friends along the way. Like most us, his original intentions were to expand his Haynesville knowledge yet he has been able to reconnect with old friends from the area and has even caught up with a few on GHS.

His family leased way back in 2005. When asked if he was unhappy about the terms of their lease (considering the amounts that leases later accelerated to). He said no. His family is of the opinion when you sign something, you live by the terms of that agreement. They haven’t expressed any disappointment whatsoever over the terms of their lease. Their main concern is that it doesn’t make a significant negative change in their lifestyle.

Bobi: Where exactly are you from?

Les: I grew up in rural Red River Parish and most of my family still live there. I miss the slower pace of life of that area, but I do hope that the Haynesville shale will bring more economic opportunities to the area and more lucrative careers so people won’t need to relocate.

Bobi: You work in this industry. How did you get into it?

Les: My high school chemistry teacher influenced my decision to become a Chemical Engineer. I attended Louisiana Tech University and obtained my degree. The summer before my senior year, I did some work for the company that would eventually hire me. I stayed with that company for 30 years until moving to a new industry five years ago.

Bobi: Your experience is vast. Let me just add, for our reader’s benefit, that your resume includes work at a natural gas processing plant as a project & reservoir engineer. facilities. You have also worked overseas, in London, negotiating joint operating agreements and gas handling agreements. Later, you handled Gas Treating and Gas Transportation concerns. You have since moved into more managerial assignments.

Bobi: How did you get interested in shale gas?

Les: I followed the Barnett shale beginning in the mid 90’s all the way up to it’s real growth. I honestly thought it was one of a kind. Later. I followed the Fayetteville shale. I first heard of the Haynesville shale in April of 2008. Initially, I thought it was primarily North of Shreveport/Bossier. That opinion changed after I saw an El Paso Energy presentation that mentioned the Encana test well and for the first time I realized the play encompassed a much larger area.

Bobi: How has the shale activity affected your family?

Les: My family has looked at the pros and cons on the impact that drilling will have on our lives and property. We have some concerns that our “little piece of heaven” might be disturbed, yet at the same time are excited for how we may personally benefits and how the community as a whole may benefit. Our family has enjoyed a rural way-of-life for over 50 years and we don‘t want that to end. Plus, we want to make sure that our property is respected. I’ve educated my family that this is indeed possible and we are encouraged that once the drilling operations are over the level of activity will slow down appreciably.

Bobi: Who would you choose to develop your property?

Les: EXCO was initially my first choice, but I would now choose Encana-though I am still impressed with EXCO and Questar’s results.

Bobi: During your career tenure, how have you seen drilling evolve?

Les: There have always been technology breakthroughs, but particularly within the past fifteen years. Horizontal drilling was almost unheard of before that time. The frac’ing and multi stage frac’ing is also something that is a relatively new break through. Back in the mid 80’s drilling deviated wells was a big deal offshore. Now, to be able to drill horizontally with the ability to control the path with precision is amazing. The constant changes and challenges are the things that I find interesting about the field.

Les: Even things like well logging and seismograph technology come back to computing horsepower improvement. The information available is so much more in depth than it used to be. Many of these companies run pretty lean crews because so much is being accomplished by the computing power that at one time required man power.

Les: Sometimes it’s necessary because incentives spur development that may not happen without them; even though they would be financially worthwhile in the long run. Most investment companies expect a return in a shorter time period. Incentives are preferable.

Bobi: What’s the best role for natural gas to play in our energy future?

Les: Probably through large transportation vehicles like trucks and buses. For passenger cars CNG is one solution, but the plug in hybrids run on electric is probably more sellable to the general population. Indirectly, plug in hybrids should increase natural gas demand as it will be more utilized for electricity generation. The concept for CNG has not yet become palatable for most of the public. Having both options available creates a win-win situation. When you look at natural resources, clearly crude oil is our most challenging resources as far as availability. I don’t expect that to change.

Les: I do think the cost of emissions will increase demand for natural gas due to government punitive intervention. There is a need to move to cleaner fuels either by the carrot or the stick method. He believes the message - it is a straight forward idea to move more toward Natural Gas as a fuel for the United States.

Bobi: Where do you see the price of natural gas heading?

Les: I think that natural gas at $5 per mmcfpd is unsustainable. Over time, prices will improve. The market is still a concern but I believe we have seen the bottom and that the economy will slowly recover. If prices remain below $4 for long-some wells will be shut in.

Bobi: Ok, how about the much discussed XTO/Exxon deal?

Les: I think it will be a good move if they are able to retain the talent and culture of XTO. Once the acreage is held by production, they will have no cash pressure to develop the asset in a hurry. This should help stabilize prices. I expect to see more of these deals. Exxon may even further impact the development with their science and technological expertise.

Bobi: So, where do you see the Haynesville Shale play in 5 years?

Les: I think the Haynesville will continue to be one of the top shale plays for quite a while. The Marcellus may eventually be the largest field, but they face so many challenges that it’s development will probably be much slower. It covers such a large area but it will be difficult to assess which parts will be developed and which areas will be too complicated to have a profitable return on investment. Just finding well locations in some places will be tough. This shale has been discovered after the Marcellus, but the Haynesville has ramped up quickly.

Bobi: Thanks for your time Les!

A funny aspect of online communications are the misconceptions that you develop. I had two different friends tell me they thought Les was female. I hope he and his wife find that amusing. Maybe it has something to do with his superior communication skills?? One thing you can’t miss is that Les is a really nice guy who helps explain the industry in a clear and comprehensible manner. We are lucky to have him sharing his insight on gohaynesvilleshale.com.

If you have an idea for an article on GoHaynesvilleShale.com, drop me a line at story@gohaynesvilleshale.com. 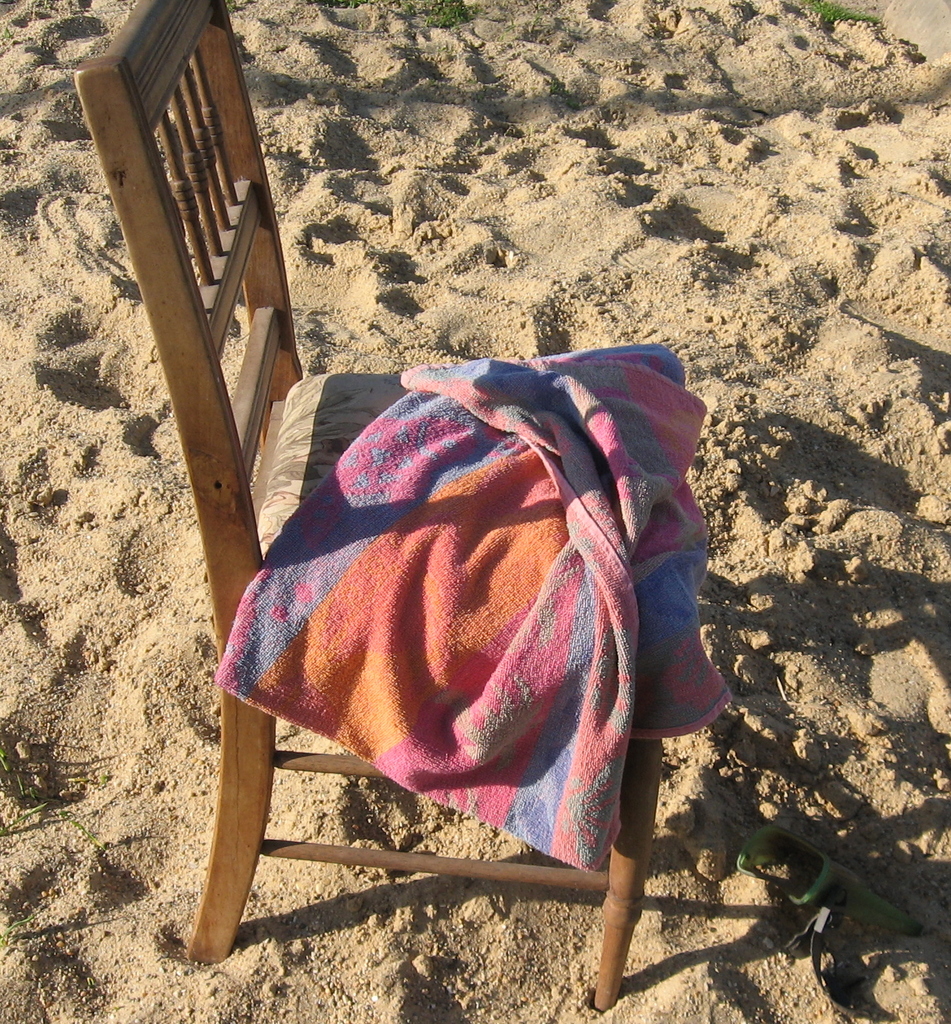 Comment by king john on April 9, 2010 at 8:11
who could forget...
"the bridge to green is blue"
les thanks for being such a great contributor to this online community. your ability to share your knowledge is truly an asset for those of us who want to learn. please accept my gratitude, and keep the posts coming. and parker, thanks for shedding some light on our favorite shaler. i was starting to think he was a computer program designed by keith. BIG LOL. have a great day folks!!!
kj

Comment by waltcop on April 4, 2010 at 14:34
Les B, thank you for your contribution to this site. You are a very valuable asset to GHS and I appreciate the manner in which you respond to our questions. And as Skip-Peel said...... "Here's to you, Les. Salute"

Comment by pamela johnson on April 3, 2010 at 12:48
Ditto and hats off to Les! He is an excellent source for information regarding Haynesville. I've learned a lot by just asking him questions. Well deserved!

Comment by Shaleeee on April 2, 2010 at 21:30
Ditto many times on all the comments -Les you have a way of making all feel like their post or question is worthy of an answer even though you may have already answered it many times in many different ways - and your knowledge is a true education. Thank you and to Bobbi for the interview.

Comment by redrivergal on April 2, 2010 at 18:14
How fortunate we are to have such knowledgeable and nice people on GHS. Thanks, Bobi ("parker"), for interviewing Les B. And thanks, Les B., for keeping all of us informed and being so nice to everyone. We're glad you're from Red River Parish! Thanks again.