I was approached… Continue


I’ve had the pleasure of speaking to Lynn and John Irving on several occasions. They are the gate guards on a well that I’ve visited. They are a fascinating couple that are from New Zealand and now working part of the year in the states for Gate Guard Services to provide support for gas well locations.

Bobi: How did you get into this line of…

During the past week, I have heard the same thing from three sources, that Petrohawk has laid off hundreds of landmen. The figure I hear is between 250 - 400 landmen laid off. This is massive. Is this a Petrohawk problem or is this another downturn in natural gas and its price? Is it a maturing of the work in the Haynesville Shale in particular...

Forest Oil Corp. (FST) said it plans to increase its drilling activity this year after increasing liquidity with the sale of noncore assets in 2009.

Shares were down 2.9% at $24.47 in recent trading amid profit-taking in commodity futures. The stock is up nearly 10% this month.

The natural-gas company plans to expand its drilling rig… Continue

"Haynesville" the Movie is now available in our internet store. If you haven't seen the trailer, scroll further down.

I have seen this documentary, and I was impressed. Mr. Kallenberg did a tremendous job capturing the dynamics involved with a shale play. I truly believe that this movie can change the way this nation looks at energy. This movie is not only for those involved in… Continue

Don't know about you, but I've anticipated the day that Obama would speak to the issue of shale gas and now he has.

"The two Presidents announced the launch of a new U.S.-China Shale Gas Resource Initiative. Under the Initiative, the U.S. and China will use experience gained in the United States to assess China’s shale gas potential, promote… Continue


Introduction
Natural gas captured from organic shale formations is not new to the oil and gas industry; shale gas has been produced since the early 1800s (DOE, 2009). Most shale gas formations have historically been deemed economically impractical to drill due to the available technology and relative abundance of domestic conventional natural gas… Continue 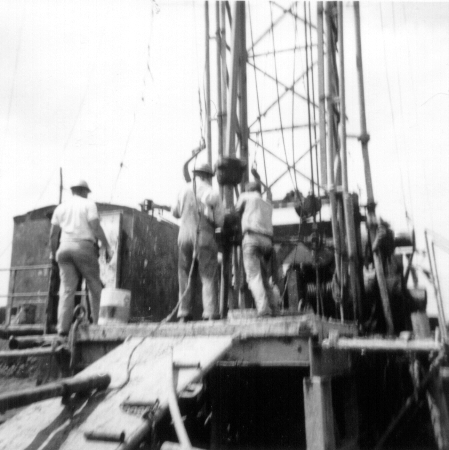 Hello everyone!
Been a while, I know...

Let’s get started off today with this GREAT article I found posted on the KSLA website this past Friday evening, Jan. 23rd. It starts off like… Continue

Just recently my newest buddy, or the master of this sight Haynesville, asked if I would be interested in writing a blog. Haynesville never forgetting any of the small details reminded me of the fact that my farther (who was journalist and cartoonist) may have passed this gene on to me. Of course people on this site have come to terms with the fact that this did not happen. It's not because my farther didn't try, he did. Dad would always gently pop me on the back of the head, ok, ok, he would… Continue 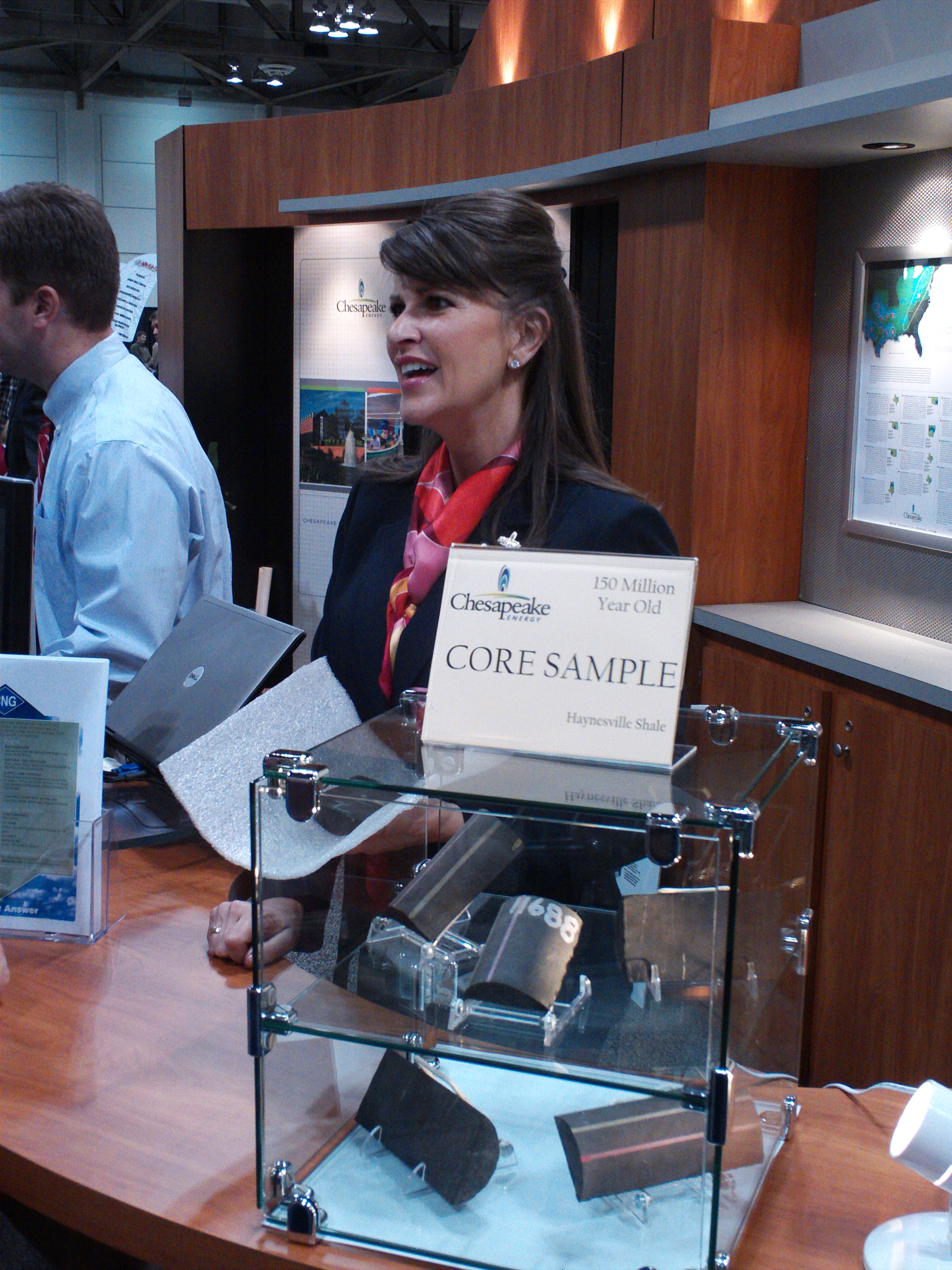 Booths, exhibits, demonstrations and information sessions were the buzz inside the Shreveport Convention Center this past Friday for the first Haynesville Shale Expo that was held from 1:15pm to 7:00pm.

This HUGE event was hosted by the City of Shreveport and presented by The Shreveport Times and the energy companies -- Chesapeake, Devon, EnCana, Petrohawk and XTO. Regional Chambers of Commerce… Continue

Special Report- Drilling for our own Natural Resources 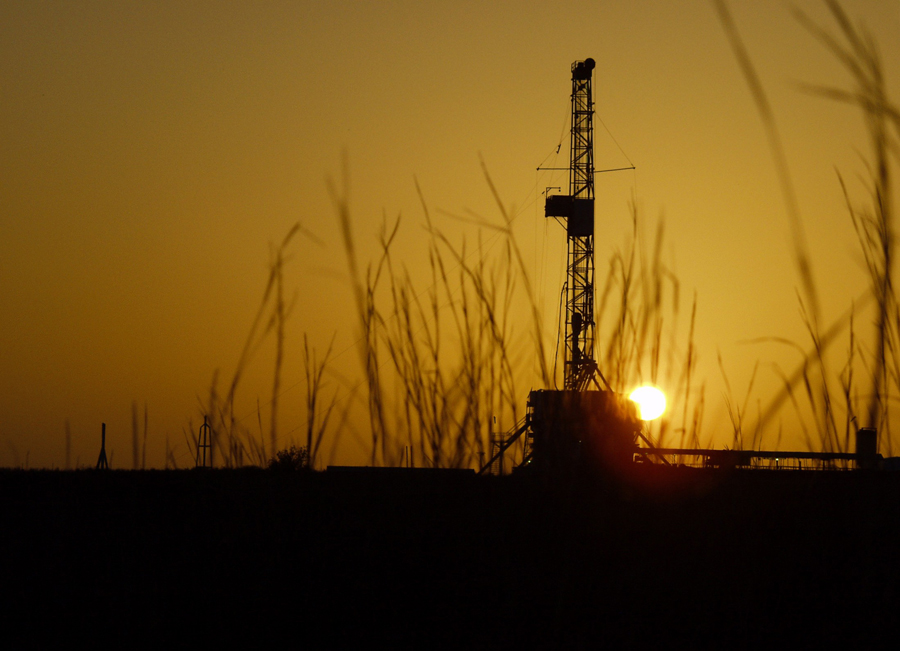 Image courtesy of Chesapeake Energy
.
This First Special Report, ‘DRILL- BUILD- DEVELOP’, is mostly about how the drilling for our own Natural Resources is making a BIG Difference on local economies, Plus JOBS!!!
.
Let’s get started...
Click out my full report… Continue 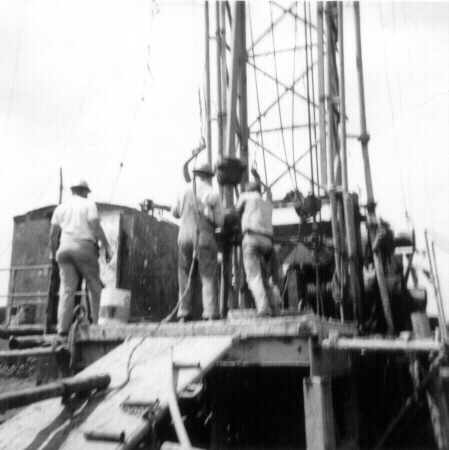 
If you needed a clue why Chesapeake Energy (NYSE: CHK) CEO Aubrey McClendon is buying his company's stock hand over fist, BP (NYSE: BP) may have provided one. The Big Oil stalwart's taken a new interest in the path that smaller companies like Chesapeake and EnCana (NYSE: ECA) have followed to boost their… Continue

The theme of this week is Snake-Oil Salesman and making enemies.

The theme of this week is Snake-Oil Salesman and making enemies.

There seems to be a consensus among those with whom I speak to that there are a lot of people asking you to pay them millions of dollars to not do much. I was at one of these meeting in Sabine parish near Toledo Bend last Wednesday. The gentleman got up and essentially said, “My uncle is an Oil and Gas Attorney and he’s got a mean lease” now give me millions. The guy was unprepared as was evident when the older, but… Continue

The Haynesville is Hot

The Haynesville Is Hot
http://www.fool.com/investing/value/2008/07/01/the-haynesville-is-hot.aspx


It seems that not a day goes by without some news out of the smoking-hot Haynesville shale. The news flow is downright torrid for such an early-stage natural gas play. Of course, few investors had heard of companies like Goodrich Petroleum (NYSE: GDP) or GMX Resources (Nasdaq: GMXR) before Chesapeake Energy (NYSE: CHK) blew the story… Continue