Last thoughts: My Perspective of McClendon as Royalty Owner & Entrepreneur

I remember the 2008 conference call quite well. My wife and her three siblings have 320 acres of Louisiana farm land that they hold dear, and they were curious what this Haynesville Shale might possibly mean for their farm, their Louisiana kin and the region in general — and all we needed was for Aubrey McClendon to tell us the good news. He didn’t fail them.

In stark contrast to the good news delivered that day came the news on March 2nd that Mr. McClendon was killed in a car accident outside of Oklahoma City. Speed likely was a factor in his death. Police say it appears that his 2013 Chevy Tahoe drove “straight into a wall” and burst into flames. McClendon likely died instantly. The crash occurred less than 24 hours after a federal grand jury indicted McClendon for allegedly rigging oil and natural gas leases. He denied the antitrust charges, saying “Anyone who knows me, my business record and the industry in which I have worked for 35 years, knows that I could not be guilty.” He added, “All my life I have worked to create jobs in Oklahoma, grow its economy, and to provide abundant and affordable energy to all Americans.” 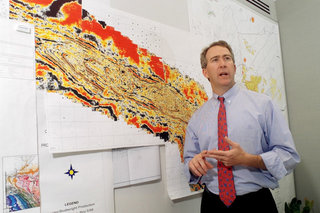 I met McClendon several years ago during a Marcellus Shale event in Pittsburgh. I found him to be charismatic and hard-driving, an uber-entrepreneur who saw the potential of the advanced technologies transforming the energy industry. Coming from the mineral owner community, I wasn’t sure how I’d be received, but upon introducing myself, he exclaimed enthusiastically, “You’re that dude!” As I walked away from the friendly exchange, my joy for the recognition gave way to a slight uneasiness that CEO McClendon knew about “a dude” who had a website. Then, that gave way to wonderment that he had the capability and desire to see the industry from bottom to top.

At age 56, McClendon was a titan in the oil and gas industry. In 1989, he and his friend Tom Ward started Chesapeake Energy in Oklahoma City with $50,000, and turned it into a multi-billion dollar powerhouse. Brash and aggressive, he was a visionary who recognized the promise of hydraulic fracturing and moved quickly to buy up mineral rights leases in shale formations.

Under his leadership as CEO, Chesapeake became one of the largest independent natural gas producers in the country. But McClendon also took risks. At one point he invested some of his personal wealth in Chesapeake wells and used them as collateral for $1.1 billion in loans for drilling.

The move was questionable, but McClendon’s impact on U.S. energy supplies was nothing short of remarkable. Chesapeake and a small number of similar companies turned America’s energy deficit into an abundance of oil and natural gas. Today the United States is the largest oil and gas producer on the planet.

McClendon, and other wildcatters like him, are responsible for America’s energy bounty, along with all of the mineral owners who signed leases to allow drilling. Millions of royalty owners, as they are called, are benefitting from the “shale gale” by receiving payments for the oil and gas being produced on their private lands. They have told me — the publisher of GoMarcellusShale.com and GoHaynesvilleShale.com — the stipends have helped them pay their bills, pay off college loans, and grow their families. 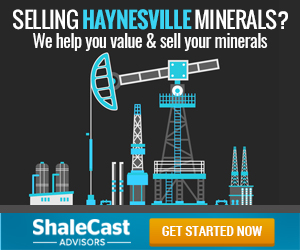 With that said, in the community where I come from, the mineral owner community, opinions of McClendon remain mixed at best—many feel taken advantage of by business practices that began under his leadership at Chesapeake. As the price of natural gas and oil dropped, royalty check deductions became burdensome despite the fact that many landowners had contract clauses prohibiting the practice. Royalty owners of all sizes have filed suit against Chesapeake alleging this practice violates their contracts. To this day, Chesapeake continues to fight these allegations and related lawsuits. My hope remains that Chesapeake corrects its practices and makes decisions that will make royalty owners financially whole. The verdict is still out on whether this will happen.

Professionally speaking, I was saddened by McClendon’s growing absence from the public energy debate. He was a tremendous communicator and salesman for shale and it’s potential — the heir apparent to T. Boone Pickens. But, as the controversies mounted and the clouds darkened, he moved away from the spotlight to take on less visible roles.

It’s still unclear just how history will remember Aubrey McClendon but one thing is clear. He was a savvy entrepreneur who helped America transition from energy dependence toward energy independence. For that, we are grateful. My prayers and condolences go out to his family and friends.

Keith Mauck, J.D., is Publisher of GoMarcellusShale.com, GoHaynesvilleShale.com and Co-Founder of ShaleCast.com.

This article was originally published in the Daily Caller.

The NTSB always thoroughly investigates small plane crashes...
Not just the deceased pilot....
As unique as McClendon's crash was...?

Take a look at the photos shot of the men standing less than 25 yards from the bridge and burning vehicle. The few vehicles I've seen on a four lane on fire were so hot that I could feel the radiant heat from the outside lane with my windows rolled up.

I'm sure the shirt one man was wearing would have been smoking if he had been that close to the vehicle. Also, who stands near a car on fire knowing the fuel tank hasn't blown up yet.

Hey, I found a great place to frack in Austrailia, all I need is the witness protection program and turn in Doug, and I can side step these charges.

I saw something similar happen when sitting at a traffic light in Benton. A suv came across the intersection and turned on 2 wheels. I thought it was going to roll over. Then it turned back across traffic and luckily missed all the cars waiting on the traffic light facing towards me. The car then went down in the ditch and came back up the other side and across the gas station parking lot and them turned and went back down in the steep ditch where it stopped. It was like the driver had floored the gas pedal and just held it there through the whole thing....dangdest thing I ever saw...
Never heard why that happened.

That describes to a T what happened to me. Newer vehicles have a box in them that is supposed to show "incidents" like what happened to my vehicle EXCEPT when dealership linked it with headquarters (I didn't know dealers could do that) my vehicle showing no anomalies. Weird. I am always on guard for that to happen again. When I heard about Mr. McClendon's strange accident I wondered if something similar happened. If you google incidents like this, there are quite a few experiences with different makes of vehicles where this has happened.

They probably cleared or deleted all the info. They are going to want us to buy one of those self driving cars in the near future. Wish I could run up on the last year model that Nissan put the name Datsun on an extended cab truck with a diesel engine and manual 5 speed transmission. If I could find a low mileage one at a good price I would probably buy it. I put 400,000 miles on one while getting around 34 MPG.

Go on ebay and do a search once a week, that vehicle will show up.

Wait for a rust free Southern Datsun so you can work on it without using a Blue Tip Wrench.

I bought my 2nd Southern Isuzu Trooper from Fl last Fall, it was garage kept in mint condition.  It just showed up at a good price the day before and I was the first one to call about it.

Ron is the Trooper a diesel? I had a friend that had one years ago. I remember reading about the boys out West replacing engines in full size pickups with Isuzu diesels.

My Troopers are gasoline engines with automatic transmissions. I would have liked to have owned a manual transmission Trooper for winter driving. Two came from Florida and one from Colorado to a local dealership where I found it on Cars.com.

I saw some nice manual transmission Troopers but wasn't ready to pay the price they were going for. Being leased to Chesapeake is like not being leased at all. It pays about the same, but with the pain of theft each month for being leased to a known thief.

The diesel would have been nice to own as well, I'm betting it would get good mileage.

This may be your ride, not exactly what you ordered but very similar.

Never been a VW fan, always thought they were a piece of crap. I have heard that some of their diesel engines are pretty good. I have a buddy that has an old VW Vanagon that he said he would give me. The engine doesn't have 2000 miles on it since being overhauled. It has been sitting in his backward for years.

I use to love working on cars and trucks back in the day when things were simple and my body wasn't 65 going on 80.

Our family has land leased by Covey Park Energy... before that it was Penn Virginia.  And before Penn Virginia... many others dating back to 1945.  Covey Park recently sent letters to royalty owners stating it will take advantage of the 1945 lease and deduct costs from production.  I sure hope Covey Park doesn't "Chesapeake" us by deducting almost 100% due to production costs.  We'll just have to wait and see.  So far the company has been pretty good.  But we're waiting for the next royalty payment to see how much is deducted.  Wish us all some good owner relations releations!