31 Operating Co. back in business again?

Kris Freeman with 31 Operating just contacted me re: $ owed me. I hope that he did so with those others of you that he owed royalties to. A thought: let's not let something like this get this far out of hand before speaking up. I can assure you I won't wait so long again to bring up the problem! Thanks for all of your input.

Any new activity for Angelina County?

Me and my two brothers had a lease that has now expired and no other Landman or Oil Company has approached us for the Mineral Rights we have in Angelina County, Lufkin Texas.

Original lease was in 2015 but expired earlier this Year.

Chandler Johnson A-19 is location.

Foreclose, Commercial property, no bank subrogation (they didn't sign off on the oil and gas lease).  I purchased the minerals from the bank so I am now an unleased mineral owner.  At the time of drilling and for a few years after the minerals were under lease executed by the borrower.

So am I, as an unleased mineral owner, responsible for the costs of the well?  (aka, do I have to wait for the well to payoff before i start receiving a royalty).  Assuming I shouldn't have to pay for…

Lower Tick Creek Brown Dense sell off by SWN comes after failure to payout Sharp22, 3rd quarter 2016, when Sharp 22 well costs were covered.  $7million of Sharp 22 production directed to SWN, bypassing UMI's.  UMI's were wrongly billed JIB expenses for Benson 27. After 1700 JIB was netted by SWN from one UMI's production, under protest, a collection agent for SWN called to demand $89 dollars to clear the JIB billing expense.  So much corruption...

When Sonris Lite is used to pull up the well information, a click on the serial number on that information page will list associated documents . 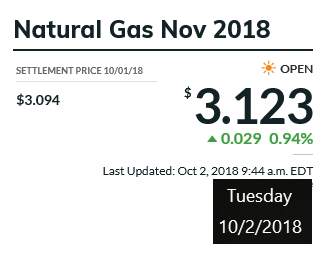 Pinpoint-Entry Fracturing vs. Plug and Perf

Plug and perf (or limited entry) is the preferred and most common fracturing method for unconventional wells. Often employed in wells with cemented liners, it involves pumping down a bridge plug on wireline with perforating guns. The plug is set at a horizontal location near the well toe and the zone is then perforated. Next, the tools are removed from the well and the fracture stimulation treatment gets pumped in. A ball-activated plug…

I am owner of undivided 200 or so acres in Sabine Parish...along the Many highway, just east of the

bridge to Texas.  Property acquired by my grandfather in early 1930's ... long-term timber lease granted to

large lumber concern in the 1940's ... this lease still in play.  Interested in suggestions as to how to value and

sell my interest.  Thank you for any assistance to this rookie.

Shale Activity is Picking Up, Join Your Parish or County Group

Are you a member of your parish or county group? If not, you may be missing out.

With activity in the area picking up, I want to remind you that the …

Visualizing Oil Production & Revenue with ShaleCast in the Haynesville (LA)

Please note that the LA Haynesville data used only represents the data from the wells in which ShaleCast members claim ownership.…

Any reports on these wells?

Come find out how to best manage your minerals, to make the most of the property and to make a difference for future royalty owners.

Don’t miss the chance to meet and…

The below groups make up the entirety of GHS discussions on the Tuscaloosa Marine Shale play.  Our groups cover both Louisiana and Mississippi.

Steve P replied to John Denison's discussion LOGA Survey: Half of Louisiana oil, gas wells could be shut in, 70% of industry jobs lost within 90 days
47 minutes ago

LOGA Survey: Half of Louisiana oil, gas wells could be shut in, 70% of industry jobs lost within 90 days