Natural gas production from shale formations is a fast-growing segment of the United States’ natural gas supply, and is… Continue

does any one the implications of red flags being placed on oil companies and how those may impact production.....????????? I found this after entering org id in sonaris for debroeck well 237795 for which i own 125 acres.


Find more photos like this on GoHaynesvilleShale.com
If you have some maps that are helpful, upload them and I'll add them.…

A Discussion with Commissioner Jim Welsh on the Haynesville Shale 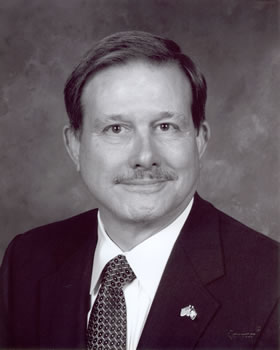 An Interview with Jim Welsh, Commissioner for the Louisiana Office of Conservation

State by State Results of the Hydraulic Fracturing Poll

VOTE in the POLL

Does anyone know of companies looking for a 20+ years experienced Senior Right of Way Agent/Supervisor?

Devon has posted a comparison of 4 shale plays.

It includes numbers on the Haynesville, Marcellus, Barnett, and Fayetteville plays. The slide compares 24 Range wells in the Marcellus to public production information from the others.

Looks like that it clear now. You don't elect a president that's never had a real job before.
OOPs?

The Energy Department's Energy Information Administration said in its weekly report that crude inventories fell by 1.8 million barrels, or 0.5 percent, to 342.7 million barrels. This value is 16 percent above year-ago levels. During morning energy trading on July 22, crude prices fell $1.02 to $64.59 per barrel on the New York Mercantile Exchange. On July 21, natural gas for August delivery closed at $3.846 per 1,000 cubic feet.

Congressman Fleming: "The Attack on Shale Drilling is Worse than I Thought"

My Interview with Congressman Fleming

I arrived at Congressman John Fleming’s office, which is located in the Longworth Building, around 3:30 and took a seat. Soon thereafter, Fleming came out of a meeting. Of course, as the way things go at Congressional offices, Fleming had to run down to the floor to cast a vote. So after a brief intro and a handshake, he was gone as… Continue

Does anyone know anything about a new wellsite on Ardis Taylor Road and which section that site is in?

Yeah but, Who Owns That

How about that Horn River Basin.

"Exxon is most encouraged by the exploration of 250,000 acres it has leased in the Horn River Basin, in northern British Columbia. Mr. Cejka said results from the first four wells lead the company ..."

Yeah but, who owns that?

In a special report on hydraulic fracturing, in the July 6th edition of the Oil and Gas Journal, the authors write that, “the need for communication of accurate information to the public, lawmakers, and regulators is imperative on various drilling-related topics, including hydraulic fracturing, water use and supply, and surface use. [Especially given the] active development of massive US natural gas shale plays in regions of the country….”… Continue

Five year old company wanting to expand in the Haynesville Shale area.
Currently have rigs working in the Permian Basin and Giddings Texas area.
Seeking individual wanting to grow with company and have established customers.

Hello Haynesville Shalers My name is Gary Hogan and I have been involved with The Barnett Gas Play in North Texas and Fort Worth , Texas> I even had the oppurtunity to be part of a story done by Rick Rowe about a year ago as Gas Drilling moved to Louisiana. I must disclose I am not a big fan of intense close in urban gas drilling such as is done in… Continue

Suspect named in the Shooting of my Brother-in-Law

What and who are Cobra Petroleum, as they seem to be trying to buy mineral rights I have already leased to someone else? Anyone heard of them?